Welcome to our virtual place. You will find calls for exhibitions and other opportunities for artists as well as a virtual shop of artworks

We are curators and art dealers, based in Paris, Santiago of Chile and Marseille.
We have promoted the careers of more than 200 artists in the field of art and new media.
In the visual arts such as painting, sculpture, photography, video and digital graphics, we have worked in art galleries in several cities of Europe;  selling artworks of the likes of the abstract Spanish group El Paso (Viola, Gordillo Suarez, Feito …) and other artists such as Jasper Johns and Alexander Calder.
We look for artists with quality in their technique, materials used and presentation of the work, while maintaining a conceptual basis to deepen in the evolution of their work. 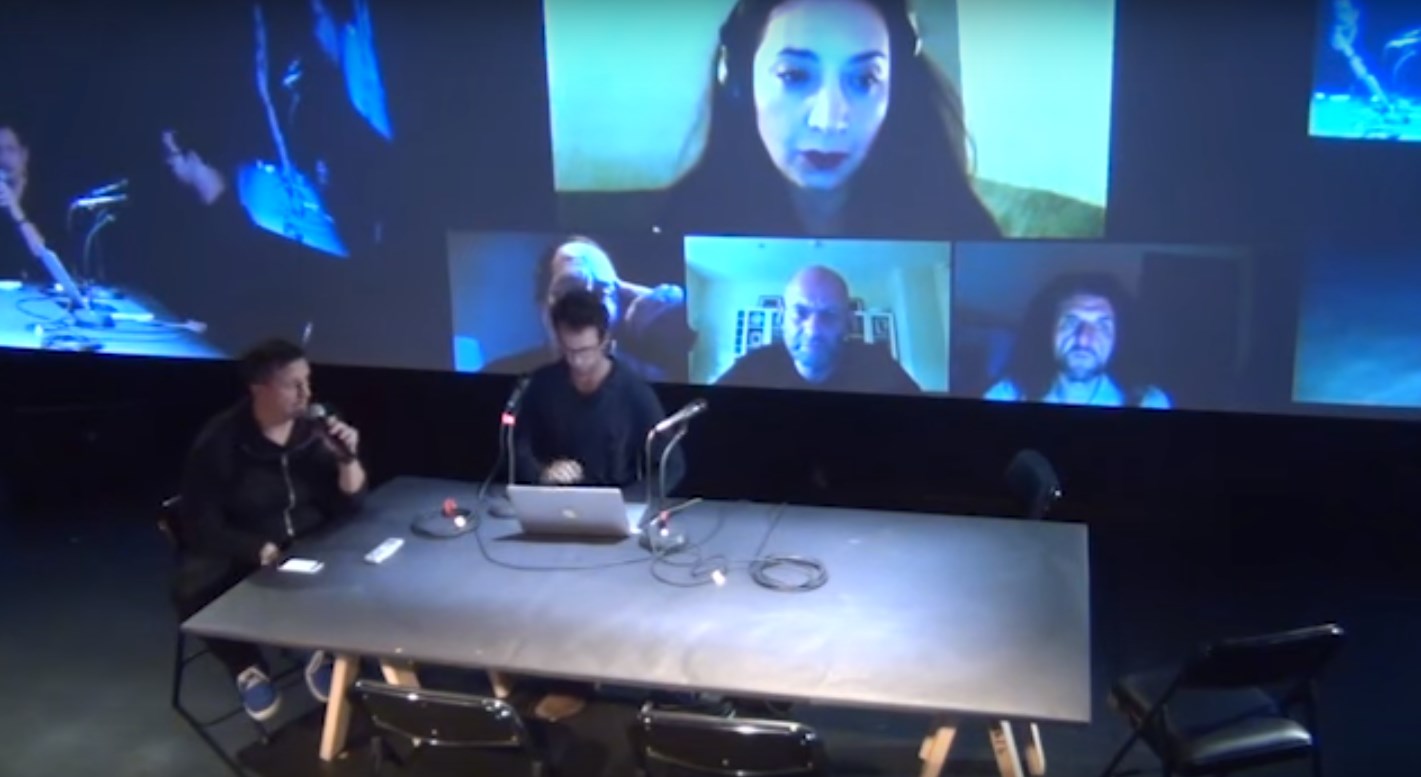 We have strong knowledge of art and the art market. Large experience in projects, expos, certificates, and production.

Our fares and percentages are production aids. A mutualistic concept to work on making possible every opportunity that presents itself.

Creativity is our strong point. It is our way of approaching the different aspects of the art world in order to find success and also build better experiences.

We have received awards with different recognitions prices such as Innovation, poetry, cultural projects, etc. 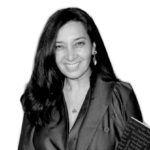 Born in Santiago de Chile, Sara Malinarich is an independent artist and curator. As an artist, she started with mostly painting, however, after her first trip to Europe and her studies in digital graphics, she continued her career in the field of art and new technologies. In the context of globalization, Malinarich brings communication technologies to collaborative networked art. In 2005 she founded the open source project INTACT, dedicated to the telecommunication creation through the Internet. Currently, this is a network of artists and creative centers that work collaboratively; perhaps the largest and most stable of the last decade in the area of ​​artistic telepresence. Among the latest activities of the INTACT Project is the programming of the BOT artist @Rachael_Runner: a twitter profile that interacts with users in real time, generating personalized graphic works with the mere fact of sending a tweet that includes a specific hashtag. In parallel, Sara Malinarich devotes part of her efforts to research in her personal works, always related to the multimedia universe. Thanks to this constant activity, the works of this artist have taken place in numerous art centers around the world and she has participated in conferences in different universities and mediation spaces. In 2012 she received the 100Latinos at Casa de América, Madrid recognition award for innovation.

As an independent curator, Malinarich organized her first exhibition of graphic work in Spain, called “Nocturnidad y Alevosía” in 2008. Starting in 2010 she was responsible for an art gallery in Madrid and was in charge of exhibitions of abstract artists from the likes of Viola, Jasper Johns, Feito, etc. When she moved to Paris in 2014, Sara Malinarich began to develop a project to represent Latino artists in Paris. To this day there are numerous exhibitions organized by painters, photographers and sculptors. Their events are usually held in art galeries of Le Marais and Saint Germain-des-Près. In June 2018, French President Emmanuel Macron invited her to participate in an evening at the Elysée in the context of the Latin American Week 2018, in recognition of the cultural management of Malinarich in France. 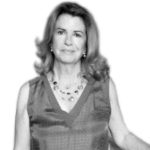 Born in Santiago, Chile, Maria de los Angeles has worked for fifteen years as a Marketing Sales Manager in the most important magazines in the country namely Caras, Vanidades, Elle, Harpers Bazar, National Geographic among others. In addition to this, she was the editor of Cosas Magazine and Caras Magazine while working at Editorial Tiempo Presente.
Furthermore, Maria de los Angeles has shown a great marketing ability as an advertising sales manager. In this field, Swinburn organized different activities for customer loyalty management such as meetings, seminars and banquets where she demonstrated her unique know-how in the production of such events. As manager for these publishers, she was considered as an influencer many times. The quality of her competencies would later on lead her to develop a range of editorial products within the magazines with the aim of encompassing new market shares. In this important role, she was entrusted with managing publicity campaigns single-handedly
In her equally demanding personal life as wife to a Chilean parliamentary member, Swinburn was invited on official visits to several places around the globe- The Middle East, Europe, Asia, North Africa, South America and the United States.
Soon after this, Swinburn accompanied her husband in his diplomatic career as the Chilean Ambassador to France for a period of three years all the while living in Paris. This recent endeavour has allowed her to meet numerous world leaders, presidents, minister, the likes of Fidel Castro and even the King and Queen of Jordan (Rania) whom was personally interviewed by the Cosas magazine.
During her stay at the Chilean Embassy in France, she spearheaded various cultural events. Her primary motivation was always to support Chilean artists whilst promoting their artwork either in art galleries or at the embassy itself.
The personal passions closest to her heart include collecting artwork (paintings), sculptures, authentic Arabian ornaments, art deco furniture, porcelain, Venetian glassware, and Baccarat.

Sara Malinarich is a strong leader who inspires as much as she challenges. Your influence on me personally is undeniable and has helped me grow immensely as an artist and creator. 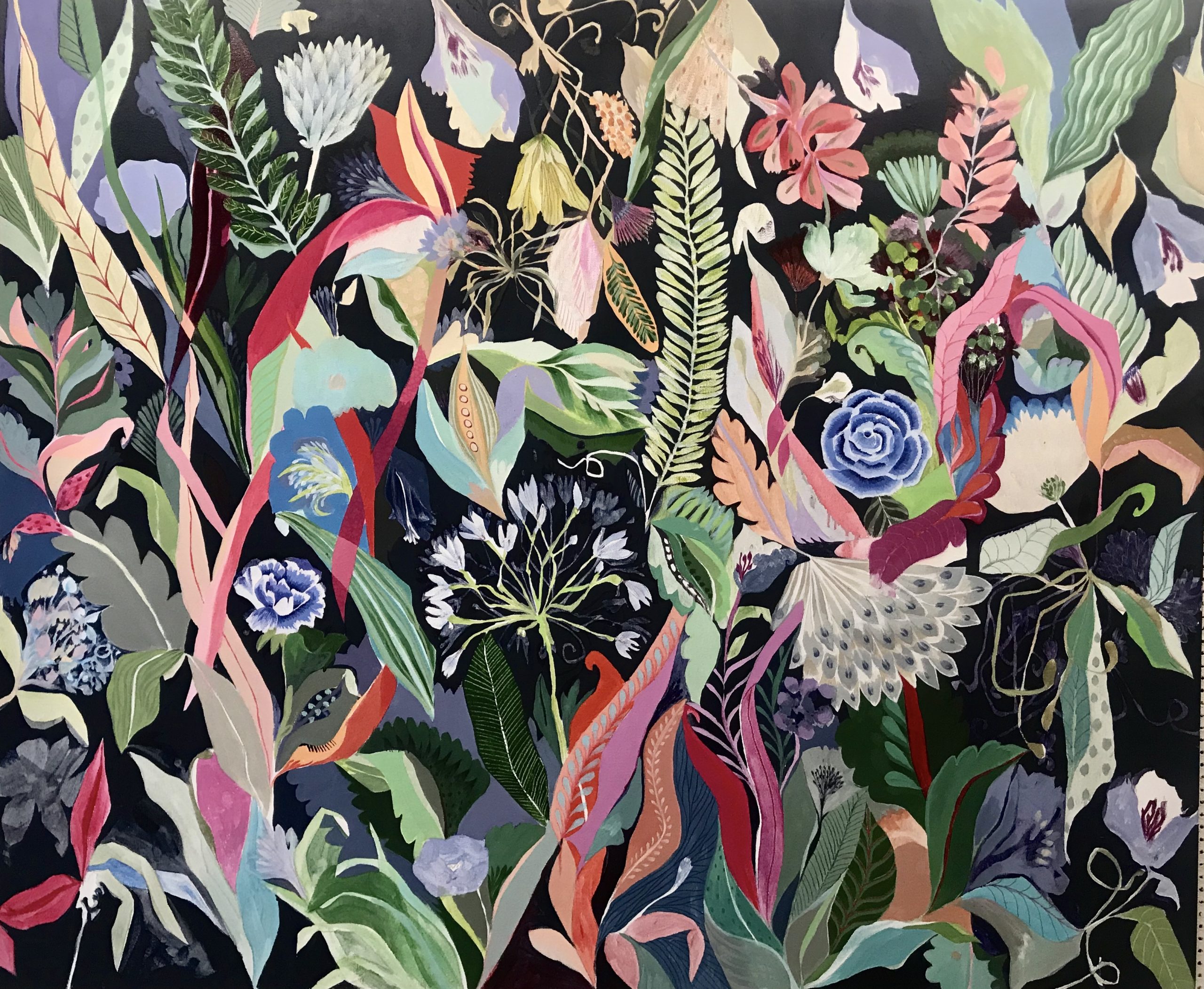